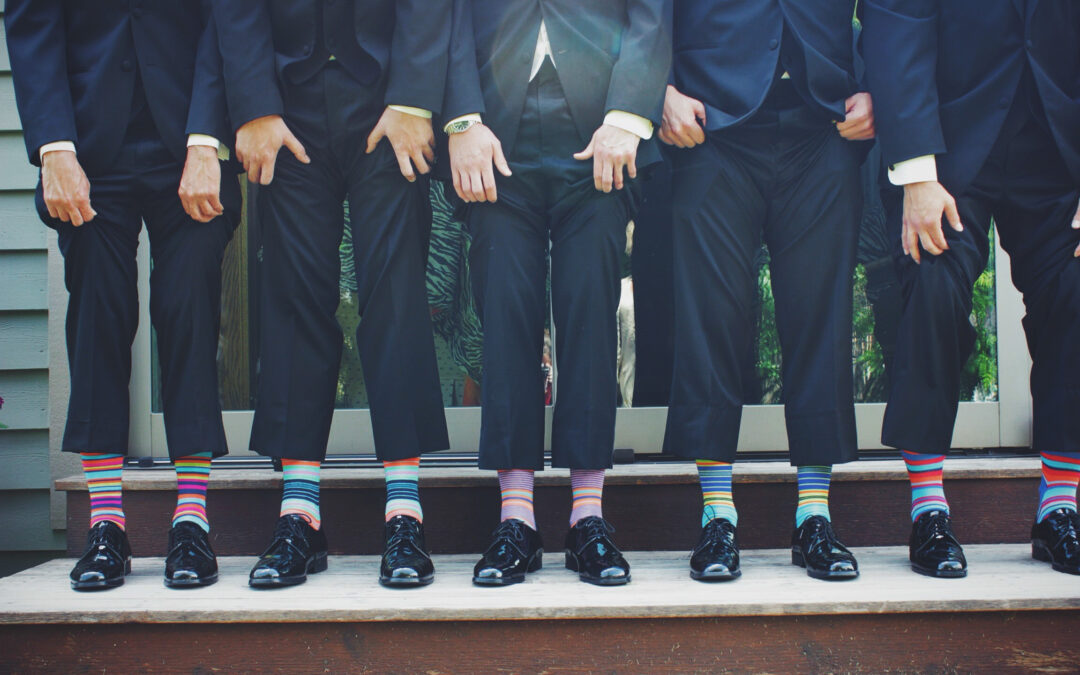 There is a scene in the opening act of Hamlet, where Polonius is saying farewell to Laertes, which gave rise to the modern maxim that “clothes make the man.”

The essential meaning behind this saying is as true today as it was in Shakespearean times. While the way a man dresses is no true indication of his character, people still perceive that it is.

If you care about creating a good impression, a well-chosen suit can go a long way toward establishing a good reputation before you even utter a word.

Choose Material Suited To Your Environment

There’s a world of difference between Dublin, Darwin, and Detroit. The same suit isn’t going to serve you well in all three places. For hot climates, linen is the usual choice, since it is light and breathes well. In colder environments, suits tend to be made of heavier material, with more layers.

Colours Are Important Too

In warm climates, it’s more common to see lighter coloured suits, though dark suits would not seem out of place or draw unflattering conclusions.

For some unknown reason, in colder climates there’s more of a tendency toward formality, so in general dark shades are preferred, while light shades may lose you some points. Colours will normally include black, navy, and very dark shades of grey.

Other colour choices such as brown, olive green, dark red, and dark purple are much less commonly seen now than they would have been in the past. These may still be seen in academic, country, and very informal settings. Such colours may be classed as casual clothing, even though they have a formal look.

Brightly coloured suits are very rare, and usually associated with entertainers and gangsters. Choosing bright colours for a suit is a bold choice, and if you do then you’ll need the bold personality to back it up, or else you’ll look like a hapless fool.

There are two key exceptions to the dark formal colours in cold climates. These are “morning dress” (not to be confused with mourning dress), which is nowadays almost always light grey, and the American dinner jacket, which is white (to distinguish it from a tuxedo, which will be black).

The exceptions are only acceptable in a limited range of settings, so you really ought not to wear them outside those particular settings.

Pinstripes suggest fastidiousness and attention to detail. They’re old fashioned, so they can be a good choice for people who work in professions where it is good to be perceived that way. These include bankers, accountants, and lawyers. On anyone else, pinstripes may be seen as flashy, creating an impression that you are trying too hard.

If you do decide to go with pinstripes, thinner stripes are the best choice, and the there should not be too much contrast between the stripe colour and the suit colour.

Single breasted jackets are less dressy and may be worn unbuttoned. They are the best choice for those with protruding bellies, as a double breasted suit can be quite uncomfortable in that situation.

Hats are now an optional item, but will probably be appreciated when outdoors in exceptionally hot or cold climates. Hats should not be worn indoors. The hat colour should match or complement the suit colour, and most styles are acceptable except the boater, because of it’s association with minstrels and barber shop quartets.

Generally the only acceptable colours for shoes to be work with a suit is black or brown, although it may be acceptable to wear white shoes with a white suit. Toes should be rounded, though squared off toes are marginally acceptable. Pointed toes or extended toes are definitely not acceptable.

In this category you have things like ties, suspenders (or braces), belts, cuff links, handkerchiefs, and so on.

Ties should always be of the best quality you can afford. It is worth paying extra for a high quality tie. Bow ties are generally best avoided in general business situations, as they tend to give an appearance of too much flamboyancy. The opposite is true for very formal situations, where a bow tie can be the preferred item of attire.

Ties should not be too flashy. Plain or striped ties are fine. You’ll usually be best to avoid spotted ties, ties with cartoon characters, or ties with writing on them.

The width of a ties is a reflection of rank. Thin ties are a symbol of the lower tiers, while wide ties are associated with CEO types. Of course if a tie is too wide, it will make you look like an attention-seeker, which is going to spoil the whole image.

A flower in a button hole is generally overdoing things, and can attract bees in summer. Being chased by bees is not a dignified image for a business man.

For belts, choose colours that complement or match the suit colour, and buckles should not be too flashy or decorative.

Putting It All Together

A good suit is one that makes you look better and feel better. It should be comfortable and not constricting. Choose appropriate styles, colours and materials for the environment in which you are circulating.

In general, if your suit feels comfortable, it will look good. Paying the extra money for custom tailoring is nearly always a good investment because it will result in a well-fitting suit that gives the most comfortable result.